With 10 Pairs entering Rusty’s Spearfishing Challenge the weekend just gone in Albany the Albany boys turned out in force with also a few venturing down from Perth to attend as well
The weather turned it on with the locals referring to it as an “Albany Glass off” with variable winds but tending mostly to light South Easterly winds and swell at 2.1m the conditions were great providing access anywhere for people with all sized boats and or access from the shore. Water temperature was 19.5. Conditions were overcast with the odd spit of rain. There was though also a shower of disappointment for two pairs that arrived late to the weigh-in by 2min who unfortunately were disqualified, one of the pairs missing out on third place…

Tom Matheson nailed an “Albany GT’ also known as a Skipjack Trevally coming in at a WAUC record-breaking weight of 4.82KG! Beating Liam Ronzittis record of 2.18kg which he only got in February this year.

Stuart Parkers sambo coming in at 30.5KG which broke the previous WAUC record of 22kg held by Dave Strickland since 2011

Please note guys that now on our webpage you are able to enter your WAUC records (members only) via the following link. You are able to upload photos and all of the information required to be sent in the page will prompt you to enter them ensuring that none of the details are missed the webpage address is https://www.waundersea.com/wauc-record-submission/

Only a handful of Dhus were attempted to be weighed in with only one of them making the minimum weight and coming in at 4.64KG
Other memorable fish taken was Michael Brooks Blue Groper coming in at 24KG, #Blue_Burgers_for_dayz

A massive thanks to the Main sponsor Rustys Marine, without sponsors like this with their generosity events like this, are hard to pull off. We urge all to support the business that supports the WAUC.

With Sidewinder Catering putting on an American Style smoked BBQ the food was a hit as well
Also a special thanks to all of the people who helped organize the day as well as volunteered their time on the day to help get it all sorted. 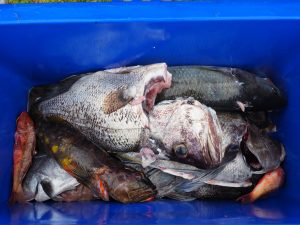 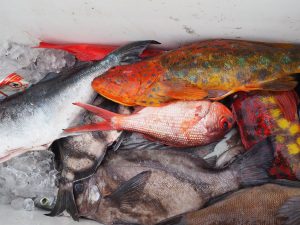 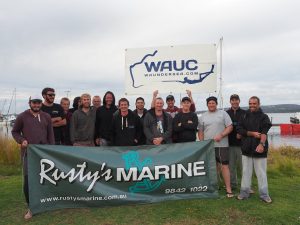 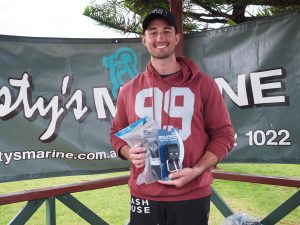 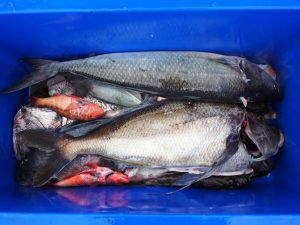 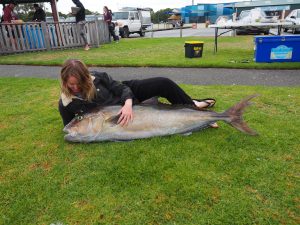 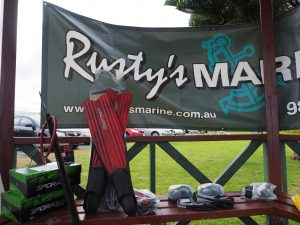 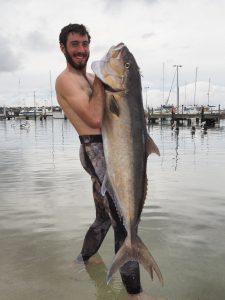 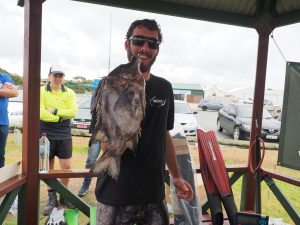 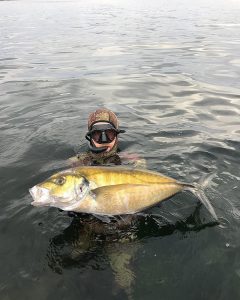 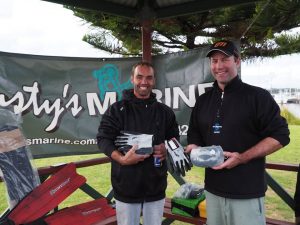 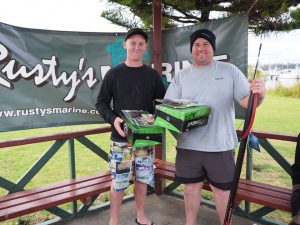 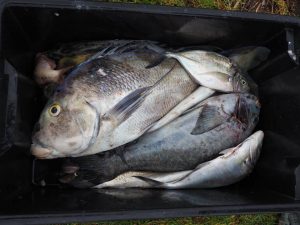 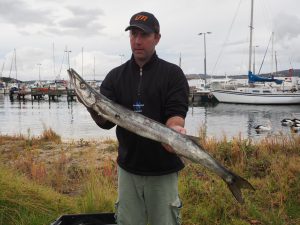